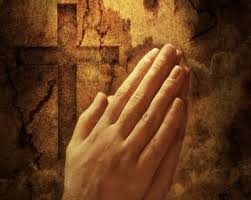 Young Swiss men who say that they believe in God are less likely to smoke cigarettes or pot or take ecstasy pills than Swiss men of the same age group who describe themselves as atheists. Belief is a protective factor against addictive behaviour. This is the conclusion reached by a study funded by the Swiss National Science Foundation.

Karl Marx said that religion was the opium of the people. New figures now suggest that religion plays a role in preventing substance misuse. A research team led by Gerhard Gmel from Lausanne University Hospital has shown in the journal Substance Use & Misuse that, in Switzerland, fewer religious young men consume addictive substances than men of their age group who are agnostics or atheists.

At the army recruitment centre For their study on substance use in Switzerland, Gmel and his colleagues interviewed almost twenty-year-old men at army recruitment centres in Lausanne, Windisch and Mels between August 2010 and November 2011. The researchers have now evaluated the 5387 questionnaires completed by the young men. Based on the responses, the scientists split the young men into five groups: the “religious” believe in God and attend church services, the “spiritual” believe in a higher power, but do not practice any religion, the “unsure” do not know what to believe about God, the “agnostics” assume that no-one can know whether there is a God or not, and the “atheists” do not believe in God.

A protective influence For Gmel, these figures indicate that research into addictive behaviour should not only consider risk factors, but also protective factors. The results of his study show that belief is a protective factor when it comes to the consumption of addictive substances. Whether the differences between the groups can be attributed to the ethical values of the young men or to social control in the environments in which they live, remains unanswered.